(A hint for new bloggers; What follows is an example of how NOT to conduct yourself within blogging communities because it’s a sure-fire way to piss off at least 50% of your readers who will have had their prodigious talents and reputations ignored and/or misrepresented.
Fortunately my few remaining friends have low expectations of The Bucket and once again they will not be disappointed .)
* * * * * * * * * * * * * * *

The Bureau of Meteorology has forecast a colder-than-normal winter in the Australian tropics.

SO
You are cordially invited to GOF’s Place on the Winter Solstice to enjoy 24 hours of non-stop entertainment and frivolity after you’ve weeded 10,000 of my potted bromeliads.

.
The highlight of this shindig will be a World Record attempt by the WordPress Ice Skating Orchestra to perform The Blue Danube Waltz by Johann Strauss Jr…………….. whilst skating one complete circuit of my farm dam which might be frozen to…….oh I dunno, maybe one and a half inches at least.
I’m hoping that’s enough ice to support the complete ensemble including Elton John’s special red grand piano which I am borrowing and mounting on top of the three landing skis that I hacksawed and souvenired off an Air Inuit Twin Otter last time I was in Canada.
I’ll happily defer to the wisdom and technical experience of my Northern Hemisphere friends in regards to the ice-thickness business. It’s quite possible that mine is slightly deficient.

NIGHT PROGRAM
In order to ease my predicted winter misery and take my mind off all the irresponsible muddying and pollution you lot caused in my dam/drinking water supply during the day there will be a raging all-night party featuring local disco band M.C. Screwdriver and the Ring Spanners.

Posted in Uncategorized. Bookmark the permalink.

Update; 24 March 2014.  Activ8 satellite internet unworkable. No improvement likely for 20 months when new NBN satellite launched. No other satellite company is accepting new customers until then.  I’m searching for a trace of wireless internet signal by climbing a rainforest tree at the top of the hill 100 yards from my house.  Tree not tall enough. Fertilising it to make the bastard grow quicker.  Probably have to settle for one day per week internet when we travel to town. I’m missing all my blog friends.  Please pray for rapid growth of my internet tree.

This is an exercise in restraint, therefore S*** = Slow.

Dear Mr 8,
You’ve given me cause to deliber8 and remonstr8 against your use of the prefix ‘Activ’. I need to ber8 and castig8 you for allowing your service to deterior8 and depreci8 until I can no longer toler8 it. Unless you amelior8, mitig8 or compens8 it will culmin8 with me needing to medic8 and litig8, before I flagell8, strangul8 and decapit8 you.
Fix the bastard internet Mr 8,

Posted in Uncategorized. Bookmark the permalink.

It reflects rather poorly upon me that in more than five hundred blog stories I have failed to present a single literary bouquet of love and gratitude to the children of the world:  the fruit of our collective loins without whom Homo sapiens would become extinct.
(I have a plausible argument in favour of that possibility too, but let’s deal with one catastrophe at a time.)

Human offspring are annoying and ingratiating little people with disgusting habits and unsavoury bodily functions.  Additionally, the antiquated birthing process is a ghastly atrocity which should no longer be necessary in these modern days of genetic engineering and medical manipulation. 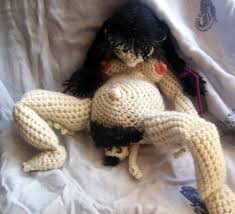 Let’s face it, to a large extent we’ve cleaned up the unpalatable mechanics leading up to conception by using bright and shiny autoclaved in-vitro flasks and sterile shrink-wrapped turkey basters but parturition remains an extremely ugly, unpleasant and (I’m told) painful business.

A few years ago some obsequious male came up with the idea of ‘sympathy pain’ as a last-ditch attempt to ease the copulative guilt of his gender.   Good try, but it’s absurd.

The entire reproductive shambles needs to be overhauled.  Anyone would think we are just animals.

The Bucket is honored to be called upon for technical guidance;

1. Reproduction from the year 2035 onwards will be done exclusively by genetically and surgically created self-inseminating hermaphrodites.

Why the need for change?
Surely it is the height of insensitivity and bad manners to inflict upon another person the disruptive emotional roller-coaster of pregnancy, and an unconscionable abuse of friendship expecting an innocent life-partner to witness the horrendous collateral damage concomitant with childbirth.

Michael, a ruminative local lad, concluded that watching the trauma of his wife giving birth to their first child was “like watching my favourite pub burn down.”  Michael may well require counseling for the remainder of his life. Indeed it is entirely possible that he may never enter another hotel during the term of his natural life in fear of the appalling consequences.

Next comes the vexed question of what to do with (please forgive my use of the agricultural livestock terminology with which I am most familiar) the progeny once they are on the ground.

Well fortunately The Bucket’s Legislative Drafting Service has come to our rescue. Please feel free to suggest any minor changes that you think might be required before we send it off to the Secretary-General for presentation to the General Assembly of the U.N.

2.  In compliance with United Nations Laws of Reproductive Procedures 2035 (Section 23, subsection 4b)  all children will be sent to the Global Obedience Factory at Tombouctou in Mali to be raised by an International corps of wet nurses and benevolent disciplinarian educators.  Neither breast nor rod shall be spared.  At the age of 30, when they might finally begin to exhibit a modicum of maturity, usefulness and responsibility they will be evaluated for possible release and re-introduction into civilised adult society.

Indeed Bill.  Let them rail ……and ship and truck and fly…. to Tombouctou.

(With apologies to Elaine, …. and all the devoted midwives everywhere, …Oh yes, and then there’s the mothers of the world too, and…..Oh shit, I think I just did something really bad here.)